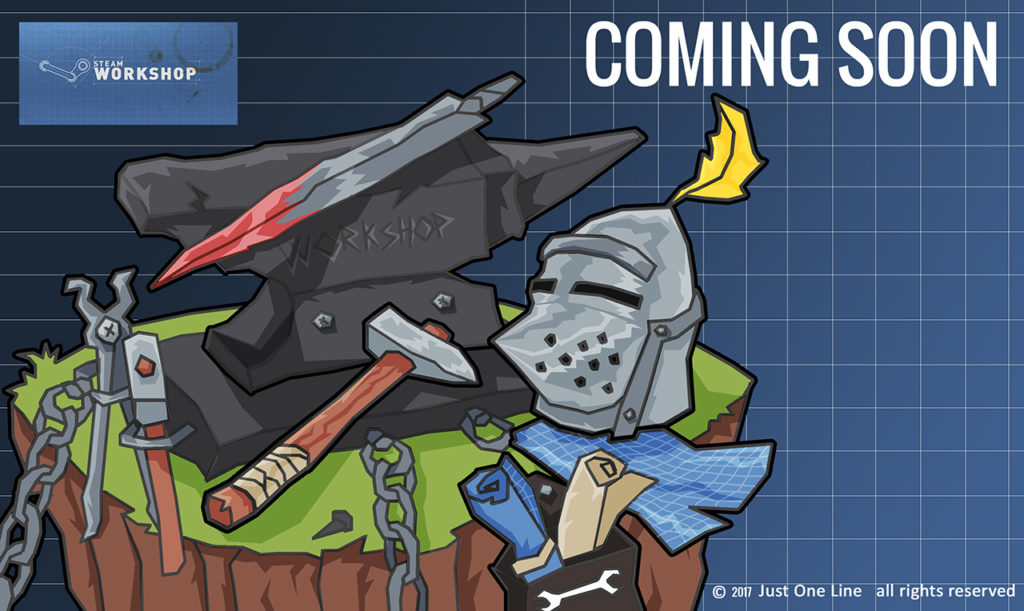 JOL Studios is very glad to make its biggest announcement since our early days here on Steam as a Steam Early Access title. We are talking about: User Generated Content (or UGC)!
We’ve been teasing and hinting about UGCs for Just One Line since the beginning but today we want to give you a little more details on what you can expect from them. As of 2018(*), you -Adventurers- will be able to exploit the Steam Workshop for:

About Skins & Variants: we will publish brief technical guidelines to help you create contents the right way. Your content will be voted by the Community and the most unique and upvoted will be included in the game. 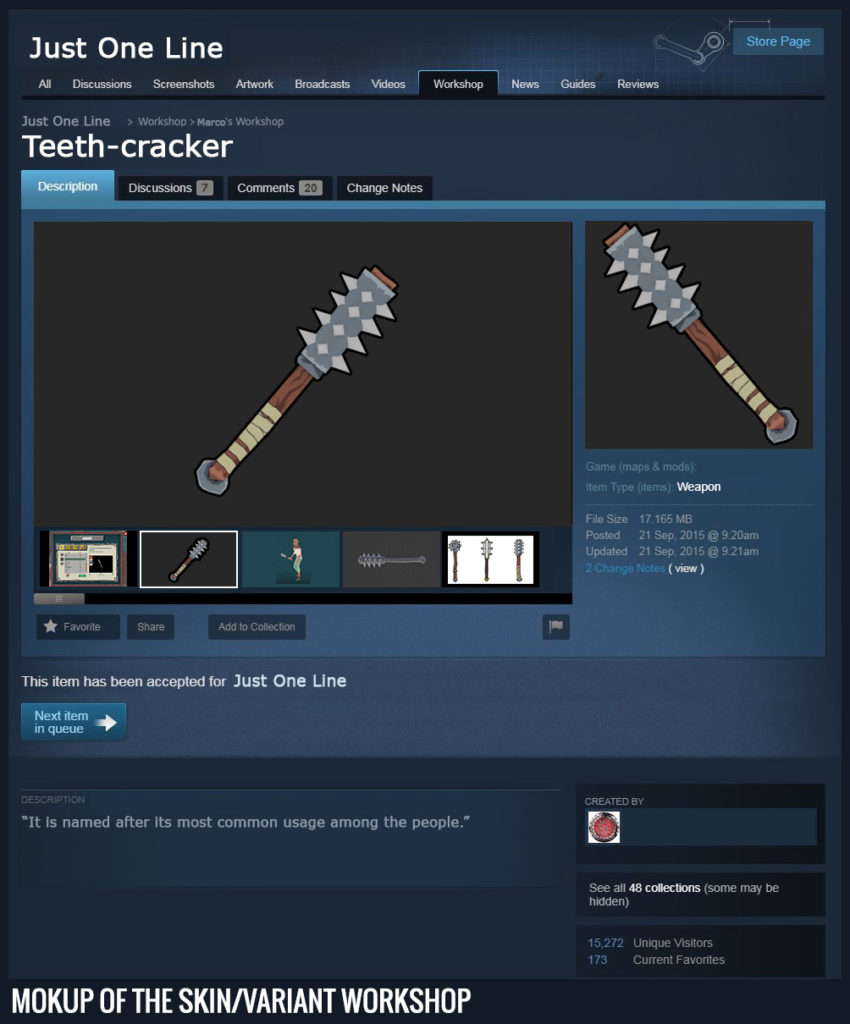 About the Quests: you will be able to create your own stories. This will be possible thanks to a software we call Quest Editor! This powerful tool will be feature-complete as the one we currently use to create the main quests but it will be much more user-friendly and it will come with a set of new features specifically designed for the Community… Get ready to share your adventures with all the Adventurers in the Kingdom!
You will be able to: 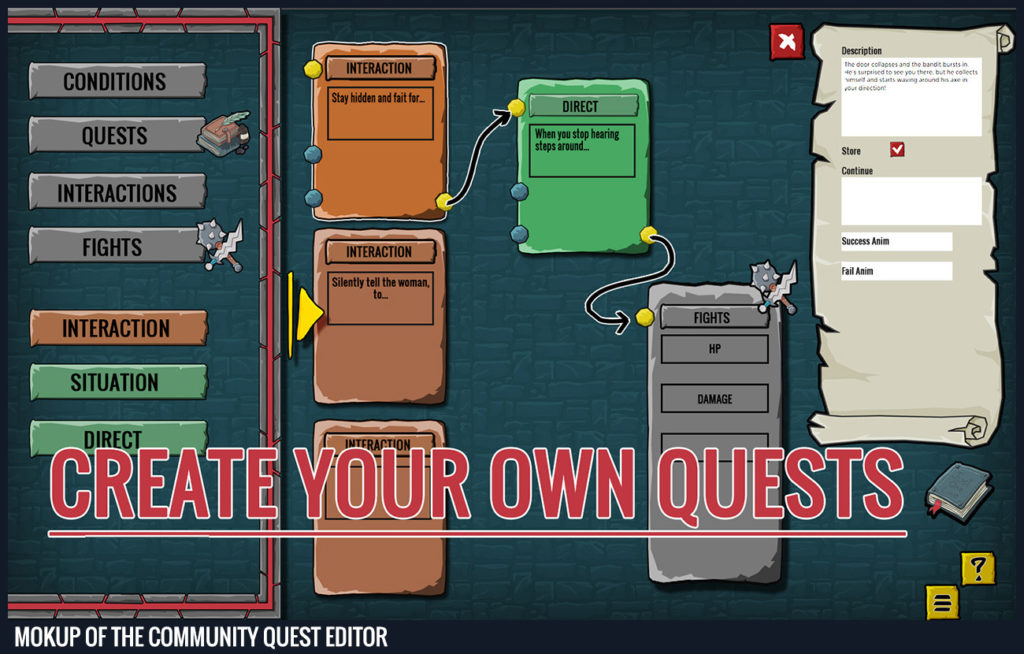 The best thing about the Quest Editor is that it will be completely free for anyone with a Steam copy of the game!
Last but not least, content creators may even make a profit out of their Steam Workshop items.

Before we sign out we would like to talk a bit about an upcoming patch. We are going to release a big content update in the near future. You can definitely expect it to be big, it will be a Time Rift update (3 quests) + Quest Pack (2 new quests), and it will include other contents as well, so… stay tuned!
Lastly, JOL Studios is going to participate as exhibitor in Modena Nerd 2017, an Italian trade show taking place on September 16-17. Be sure to follow us!

For the time being, this is all, Adventurers! If you want more details please visit our Community Hub or come and join our Discord to have a chat with the devs!